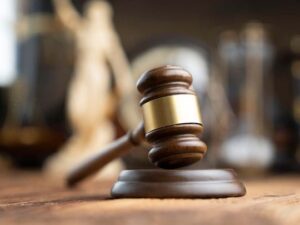 Abdelaziz Alhanaee Law Firm has successfully obtained a unique and rare verdict issued from Abu Dhabi Courts concerning a commercial case to oblige a bank to retrieve an amount of 5 million AED inclusive 5% legal interest to one of our international clients.

The dispute has occurred between the bank and the client as the client was amazed while reviewing his statement of account that an amount of 5 million has been transferred from his account to different accounts within a week through internet and online banking without anyone contacting him from the bank and without his consent.

And from our legal perspective, it was obvious that the bank was is negligent and has failed to secure the client’s funds, and by Law the bank is obliged to return the amount to the client.

However, we insisted on appealing the verdict, and we adhered to our defense that the bank is the only responsible party in this dispute. The Court of Appeal reversed the first of instances judgment and obliged the bank to pay 5 million AED to the client, including legal interests.

After that, the bank as well raised the dispute to the court of Cassation. And the court has issued the final verdict as follows reasons :

a) The bank has breached its obligation to secure and preserve the client’s money in the account.
b) Not verifying the transaction with the client as it exceeded the daily limit.
c) The account manager ignored the transfers’ rapid movement, which happened within a week.
d) Finally, to oblige the bank to retrieve an amount of 5 million to the client as the bank did not professionally secure the client’s amount as required.

Although we have filed the case during the pandemic (covid-19). However, We have successfully obtained the verdict in our client’s favor under all these circumstances and insisted on our defense in the appeal and supreme court. This case was handled by the:

Abdelaziz Alhanaee Law Firm has successfully obtained a unique and rare verdict issued from Abu Dhabi Courts concerning a commercial case to oblige a bank to retrieve an amount of...

Accordingly, the partners are not responsible for the company’s obligations except for the shares they have therein regardless of their own money and without any joint liability. This is because...

For more information or questions don’t hesitate to contact us via email or at the phone number here.

Stay Up To Date